The Power of Two, What happened When Two African-American Women Decided to Go Global

The Power of Two, What happened When Two African-American Women Decided to Go Global

According to an African proverb, “If you want to go fast, go alone. If you want to go far, go together.” True enough, this adage has proven accurate for African-American women Wendy Ekua DaCruz and Naomi Jordan Cook, who decided to join forces to make an impact on the global community with their company Virtual Global Consultant (VGC) Group.

For 26-year-old DaCruz, the desire to take the road less travelled had always been present in her. “I’ve known my entire life that my journey would be unorthodox,” she shares. “I went through literally nine different internships in college. I also found myself mixing and matching various job titles and roles just to answer people who would ask me what I really wanted to do. It became clear to me that there was no such thing as a “perfect” job.”

After finishing her Bachelor’s degree in Creative Writing (with a minor in Business Administration), DaCruz pursued her passion to continue learning and exploring her fields of interest, eventually finishing a dual Master’s Degree in Public Administration and Diplomacy and International Relations on a full scholarship at Seton Hall University in her native state New Jersey.

With so many academic accomplishments under her belt, DaCruz found herself being overqualified for various positions. This pushed her to explore consultancy, beginning as a contractor for her would-be business partner’s father, who she considers her spiritual mentor. It was at this point that DaCruz and Cook’s paths crossed. Upon learning about DaCruz’ background, Cook asked her to come onboard to help run her father’s digital and Internet marketing arm, which she herself had already been doing for ten years.

“The defining moment for me was really seeing how Wendy and I share the same passion for supporting businesses, brands, and churches; helping them Go Global and expanding their infrastructure to compete well in the global community,” 36-year-old Cook, who specializes in marketing and development, systems, and strategies, recalls.

And so an exciting partnership was forged. DaCruz and Cook began to brainstorm and work together, initially for Cook’s father; but of course, one thing led to another, and both eventually brought their other existing smaller projects under one main company now known as the VGC Group. Together, they harnessed their skills and passions to secure more clients on top of those they were already servicing – and signed their first two clients within just thirty days of making their VGC Group partnership official.

Naturally, the journey was not easy for both DaCruz and Cook, both of whom are career-driven women, mothers, and wives. “We were bogged down with personal responsibilities and commitments that demanded much of our time, so the balancing act wasn’t easy,” DaCruz admits. “In fact, we went through a season of relocation – my family moving to Detroit and Naomi moving to another area in New Jersey, where we were both originally based. Thinking that was the end of the VGC Group, we both attempted to land new jobs which eventually didn’t work out.”

DaCruz continues, “That was a pivotal moment for me. I decided to stop wasting my time trying to get hired by others, and instead “hire myself.” So we continued on with the VGC Group, expanded our team, and landed four more big contracts that same month. That was it.” Cook interjects: “Did we have any apprehensions moving forward? Of course we did. What is our future going to look like? Are we going to fail? Where are we going to get the money? These were just some of the anxiety-driven questions we asked ourselves. These were the questions that threatened our dreams.”

But because of their perseverance, DaCruz and Cook are now enjoying seeing their vision come to fruition. The VGC Group now services an upward of 10 accounts and boasts a team of 20, representing individuals specializing in varying fields of expertise from around the world.

Perhaps the greatest fulfillment for these women is their hard-earned new reality of pursuing their careers from the heart of their own homes. DaCruz and Cook continue to enjoy time with their families despite the fast pace of their careers.

“I’m excited knowing that this is just the beginning,” DaCruz concludes. “Naomi and I are not just building a business. We are sending out a simple yet powerful message: you can have it all. You can be a mother, a wife, a career woman. You don’t have to sacrifice one for the other. It’s not easy, but it’s worth it.” Click here to learn more about how the VGC Group is championing a global consciousness, a company on the rise.

Let’s talk about
what you need…

Be it business, be it personal, let’s
chat about your goals and dreams. 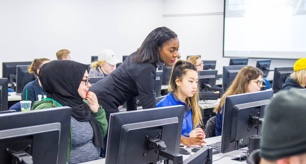 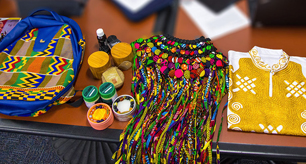 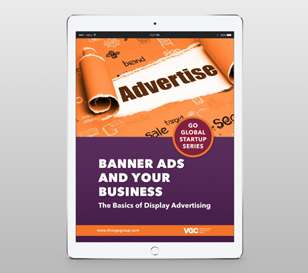 BANNER ADS AND YOUR BUSINESS